NOTE::: POSTED WAY AFTER IT WAS INTENDED ( HA!)

Maybe with the end of the World Series this past week, I remembered that I had never posted about another 'end of sporting season' event that was intended to happen in March of 2016! Well, here it is, with a few updates where needed.

With the March Basketball Madness going on --there are lots of clock stopping moments, right? 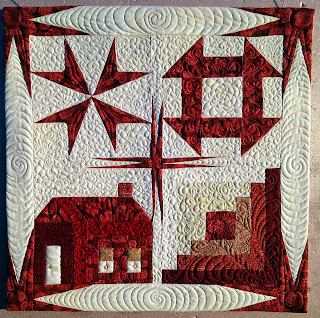 I've done a couple of mini's ...here are two that were done for a local guild challenge a couple of years ago. Each is less than 16" x 16". Use the red fabric in each 6" block (star, churn dash, log cabin, house). Fun to interpret it very differently. Yes, I made two!

Picture Frame below --
"Sunshine Makes the Roses Grow"
The idea is a house on a hill by the seashore, with a picnic blanket that an ant has found.
. 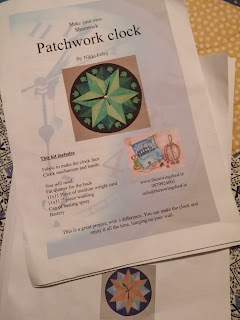 In that spirit, I've had this project on my list --an Irish Clock pattern which includes the clockworks that I picked up while in Ireland in 2012 from Nikki Foley's shop 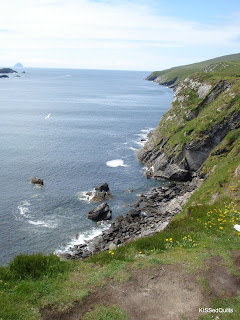 -- The Sewing Shed in County Kerry --truly one of my most favorite areas of the entire trip. It was a fun excursion on a 'free' day (original post about the day) during a tour to the Emerald Isle, celebrating one of my tour participant's birthday. Renting a car, driving on the other side of the road and figuring out the lack of directional signs posted on the road were greatly helped by the onboard GPS. 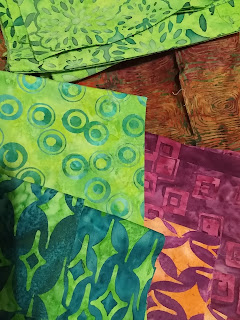 One piece of fabric that I received while in Ireland (right hand orange-ish with swirls piece) was always a desired part of the project, but I wasn't settled on the main fabrics. I had put several different collections together (at least the four pointy parts --including ones from Ireland), but nothing that really said, YES! MAKE ME NOW!. With the beautiful Lavish Island Batik fabric collection, I thought they went with this original piece of fabric beautifully and it tied the colors all together. Using it just in the binding seemed perfect. And with our Island Batik Ambassador March Madness Mini Challenge...it was time to do it NOW! 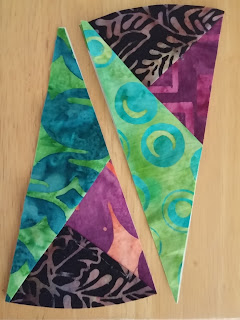 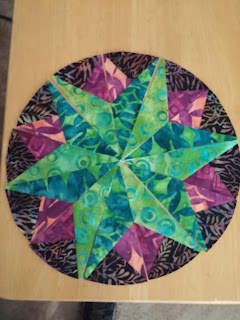 12 points coming together. yes!!!, but it is paper pieced and each component or pie wedge went together quite easily.

Now, get all of those seams together! Nikki had some great tips in the pattern and it worked out well.


And that is about as far as I got.

UPDATE:
In the spring of 2017 I quilted it with Thermore batting, so there is just a bit of loft. Used a 1/4" grommet tool (Thank you Sunflower Graphics!) to puncture the center and added the clockworks. Covered the back of a piece of cardboard (thanks pizza box!) with fabric so the clock will maintain its shape and can be easily hung. I used the fabric obtained in Ireland as the bias binding! A bit tricky to attach given the cardboard insert, but slow and steady got it done. 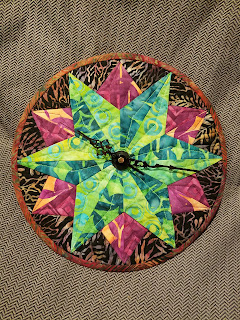 So pleased to have this off the project 'to do' list and grateful for the beautiful Lavish Island Batik fabrics and a bit of Holiday Happenings in the background (blackish fabric).

Do you try to create functional (non-quilt) pieces with your fabric? What is your favorite type of item?

Linking up at (wrong image but correct place) 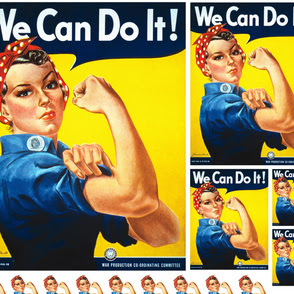 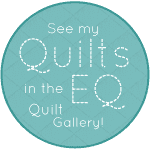 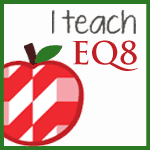 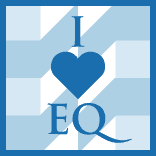